Words have always been my superpower. I was 13 when a small article I wrote was published in a major Bulgarian newspaper.

Since then, I have written professionally about movies for the luxury magazine YOU and the newspaper Capital, and I served as the Chief Editor of the gay lifestyle website HUGE for almost three years.

I also published a book.

My Coming Out Story is the first collection of coming out stories of LGBT+ people ever published in Bulgaria.

I interviewed 24 people and then wrote down their stories, trying to preserve the authentic voice of each and every author. In fact, apart from the illustrations, I took care of pretty much every aspect of this publication: design, distribution, and promotion.

The book was covered by several major media and readings were held in 6 cities.

█ My Coming Out Story, October 2012. Available for purchase online.

Writing in English too comes easy to me.

During my studies at the University of Amsterdam, I was regularly commended for my writing skills. In a vote by my teachers and fellow bachelor students, a blog post summarising my graduation project came out on top among 130 entries.

I have been using social media as a work tool for more than a decade.

Most recently, at Sonion, I overhauled the company’s social media approach. Moving away from a frequent sharing of generic product renders, I took my time to develop original, meticulously executed content.

The graph on the right demonstrates the results of my approach. It shows the average reach*The exact values are hidden to protect the confidentiality of Sonion's data. of a post on Sonion’s Facebook page, per month. The period I was in charge*After my internship ended, Sonion’s social media strategy changed and original content is no longer deemed necessary. of the page is marked in blue.

Marketers love brand tie-ups. Yet, coming up with a good story can make or break such an attempt.

I believe this post is a textbook example of a brand marriage done right.

The 2000 is one of Sonion’s oldest receivers! It was introduced all the way back in the 70s, around the time the first Star Wars movie took the world by storm. And just like the cult space saga, its popularity never waned. To this day, we still produce the 2000, alongside its much smaller successors – like the tiny 4100. #StarWarsDay #MayThe4thBeWithYou

A personal touch can do wonders.

If small size is a product’s ultimate value proposition, a generic 3D render just won’t cut it. Taking a simple, yet creative approach to showcasing the 4100 receiver resulted in the most successful Facebook post the company had had up to that point.

#FactFriday! We don’t like showing off, but it’s a well-known fact that we make the world’s smallest balanced armature receiver. Our tiny 4100 is less than 1 mm thick, yet it performs like a champ. Check it out here: http://ow.ly/hSgw50mMAIx

It is easy to forget that there are other things a company can be proud of besides the products and services it offers.

I discovered this photo by chance, only to learn it had never been used externally. A short interview with the employee pictured helped me write an impactful caption.

Windy Estorninos Ramoneda, Senior Quality Assurance Engineer at Sonion Philippines Inc., compares her experience at a mission in underprivileged Filipino communities to another very important event in her life: “Giving birth to a child and hearing them cry for the first time brings indescribable happiness. Sharing a hearing aid with those who are in need and seeing them hear for the first time brings indescribable happiness, too. Let’s continue sharing the happiness with Sonion!”

I spent 5 years doing research for my studies at the University of Amsterdam, so digging up interesting bits of Sonion history became a hobby. They turned out extremely popular with the company’s followers, too. Especially when accompanied by carefully designed visuals.

#FactFriday You probably know that Sonion has been around for a long, long time. In fact, our roots stretch all the way to a Dutch company, Audium, which was producing hearing aids and portable radios as far back as the 40s!

The first website I created was dedicated to Peter Jackson’s King Kong and it was never meant to be anything but a gift to the Bulgarian movie geeks.

Imagine my surprise when the movie’s distributor asked me to use the website in their official marketing campaign!

I didn’t receive a cent for that, but it was nevertheless the beginning of my career. A few months later, King Kong‘s home video distributor offered me a full-time job. 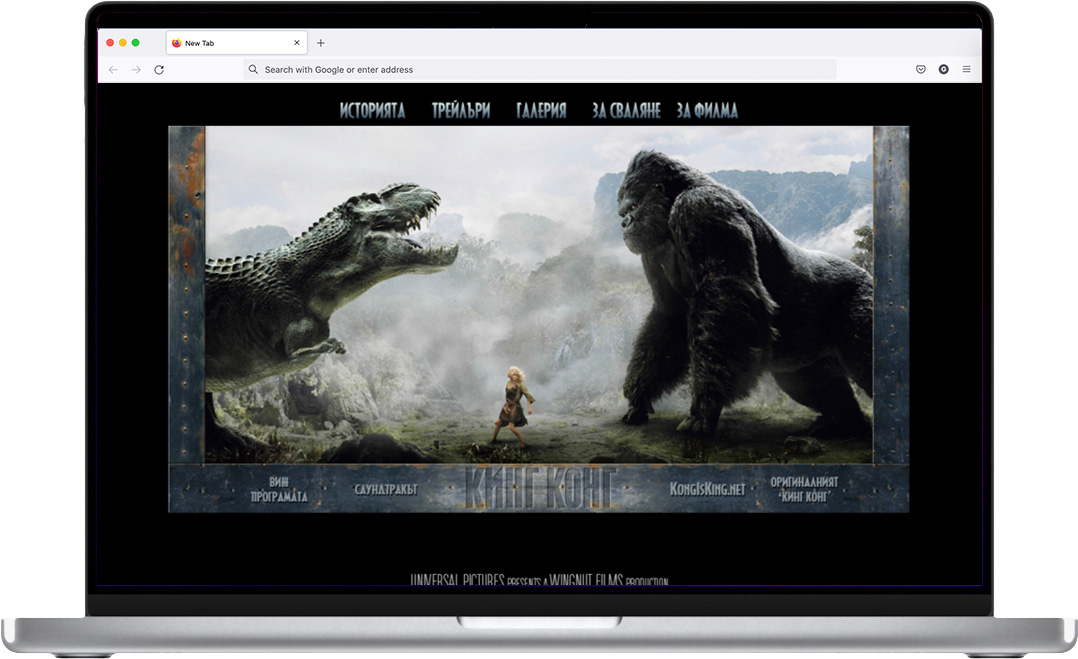 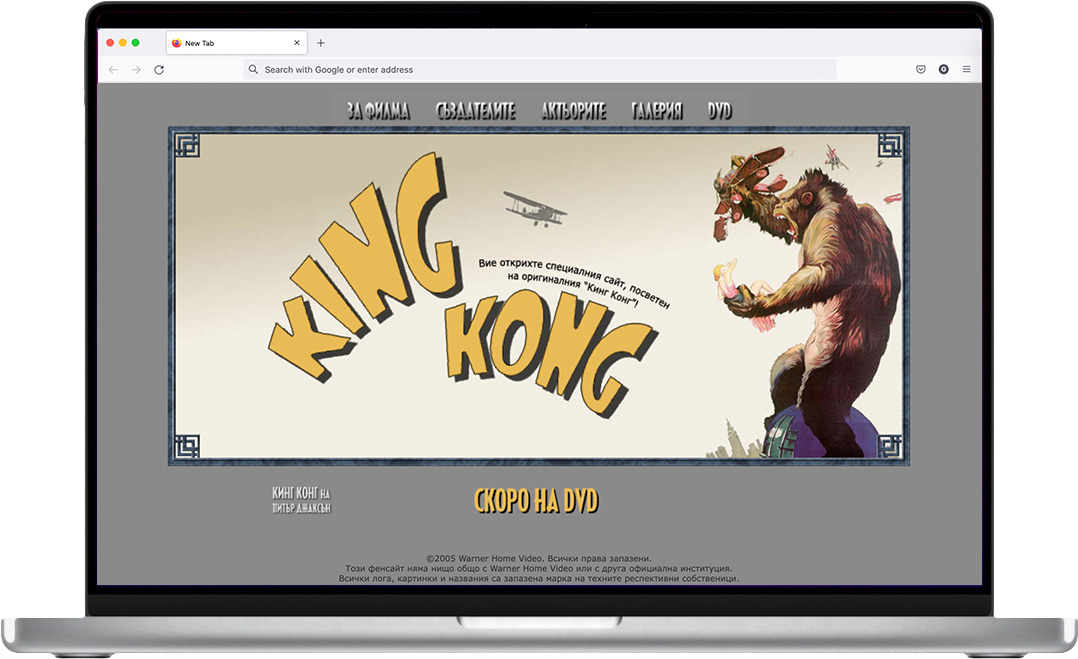 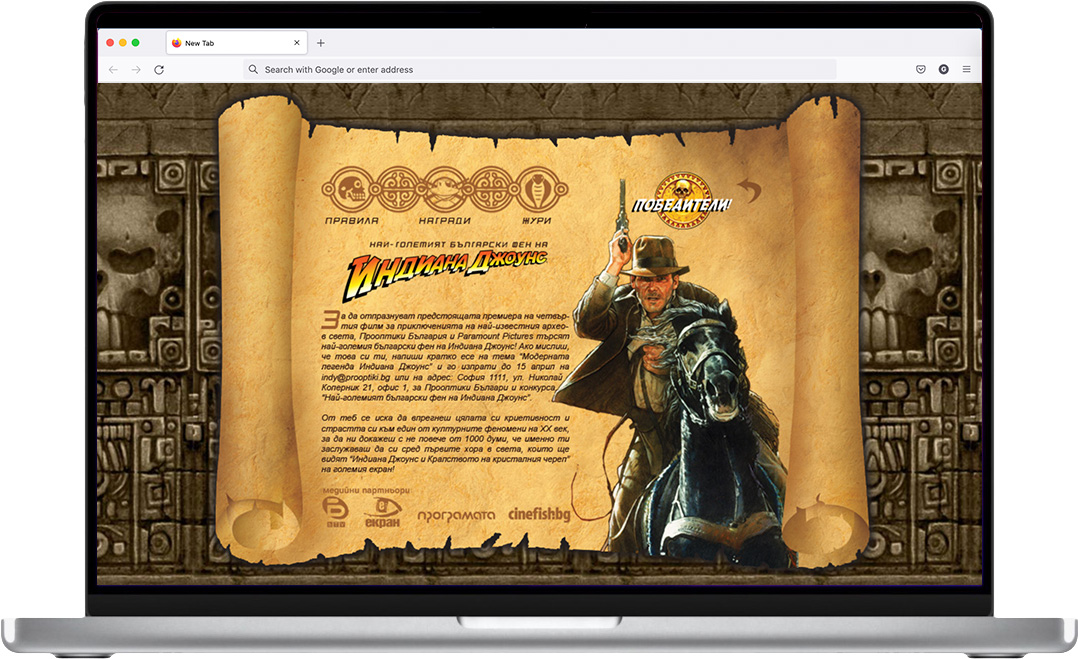 Here are live previews*Some functions may not work in modern browsers. of some of the websites I’ve created from scratch.

█ The official website for an Indiana Jones and the Crystal Skull sweepstake, 2008

█ Sonion’s About Us page before and after a facelift.

Nowadays, I use WordPress for its versatility and user-friendliness. And although working with it is relatively easy, the basic HTML, CSS and JavaScript skills I have often come in handy.

The theatrical marketing campaign for Shaun The Sheep Movie was a labour of love for me.

The franchise was virtually unknown in Bulgaria, which posed a major challenge to marketing the movie.

To introduce the characters to Bulgarian families, I designed and wrote a children’s storybook based on the movie’s first act. In the month leading to the movie’s release, the book was given away for free with every child’s cinema ticket. This had a secondary pull effect – the story’s ending could only be discovered in cinemas.

A digital, animated version of the book was available on and heavily promoted by the #1 news website in Bulgaria, Dnevnik.bg.

Around the time I was planning the campaign, I read an article about a Lion King performance in London modified for people with autism. That made me realise that many Bulgarians on the spectrum might have never experienced a movie on the big screen.

A ton of research later, Shaun The Sheep Movie became the first movie ever to have nationwide autism-friendly screenings in Bulgaria. Special events, which had lower sound volume, dimmed lighting, no commercials and complete freedom of movement, were held in 8 cities.

Some 200 people attended and the response was overwhelmingly positive.

█ The initiative received great media coverage, with over 20 publications and 3 radio interviews.

As its Director in 2012, 2014 and 2015, I oversaw every aspect of the festival’s preparation (next to my regular job). I was selecting the movies and negotiating the rights, securing support from diplomatic missions, businesses and media partners, fundraising, and designing physical and digital marketing materials.

The result was 5 nights of fully booked events featuring some of the finest LGBT+ movies from around the world. All of that at a minuscule budget.

█ With a little help from the US Embassy in Sofia, I arranged a special video message from Oscar® winner Jared Leto.

█ A flyer I designed for the festival’s 2014 edition.

Me and the marketing team at StudioCanal were impressed with Marko’s creative approach. We loved his many ideas and appreciated the detailed and visually comprehensive way he presented them to us. The concepts were original, thoughtful and diverse, mixing different channels and appealing to all key target groups.

Marko was a highly valued member of our local marketing team, working on behalf of United International Pictures when he was at Prooptiki/Audio Visual. He often generated some of the best marketing ideas for our film campaigns, which were often adopted in other emerging markets in Europe.

Marko showed that he is very knowledgeable in marketing and communications. He works independently, thinks out-of-the-box, and is capable of running multiple projects at the same time. (During his time with us) he developed well-performing social media messages and had great ideas about Sonion’s online presence.